Janet’s love of real estate developed from the ground up. As the daughter of a contractor, Janet would accompany her dad as he walked through the homes he was renovating. He would explain his vision for the renovation and explain why he would remove a wall or other details to improve the flow of the home and the way the spaces worked. She could see firsthand how plans and specs translated into tangible spaces. These experiences laid the foundation for her to appreciate the uniqueness of every home along with seeing that each home always had potential for change. The time spent with her father in these homes taught her the value of commitment, collaboration and entrepreneurial spirit.

Janet took that spirit with her to Boston and obtained degrees in Marketing and Management from Northeastern University. As Janet worked as a bartender to put herself through college, she developed a love for the fast-pace of the hospitality industry. After graduation, she spent many years in the field of restaurant management. This high pressure, fast-moving environment, coupled with the client interface provided her with valuable skills that she now uses daily in real estate with negotiations, marketing and communication.

She moved to the CT Shoreline at the beginning of 2002 and shortly thereafter decided to pursue her passion of real estate. Janet became a Realtor in 2003 and quickly established a reputation for savvy negotiations, an uncompromising work ethic, integrity and outstanding service to both sellers and buyers. As a woman immersed in and passionate about her community, Janet prides herself on her extensive knowledge of the Shoreline’s neighborhoods, market conditions and property values allowing her to position her client’s home effectively from day one on the market. Using the global resources of Sotheby’s International Realty, Janet will make your listing available to an enormous network of buyers throughout the world. Janet takes pride in guiding her clients through the process of buying and selling, helping them to achieve their dreams.

Having completed her first marathon in 2018, Janet is equipped to go the distance on any project. A Guilford resident, Janet is an enthusiastic member of the community who enjoys spending time with her family, hiking with her dogs, fitness, friends and her ongoing discoveries of all the Shoreline and Connecticut has to offer!

Great experience, both buying and selling. We felt like we were in the best of hands! Peter Filardi Claudia Grazioso

Janet was extremely professional, but felt like a friend as well. She understood what we were looking for. She really helped us navigate through this whole process. And truly was a part of helping us finding our dream home David Lima Terri Passante

We had an exceptional experience buying our second home and selling our first house with Janet Cronin-Rumanoff. She is very professional and knowledgeable. She was available to answer any questions we had quickly and honestly. She has a very calming personality which helped when concerns arose. I highly recommend Janet and would recommend her without reservation. Daniel Spielman Donna Marland

Janet was exceptional to work with and followed up on every detail. Mario & Maria Turchi

Janet was a great agent to work with! She was prompt, professional, and always on point. We will happily retain her services in the future. Top notch! Pribo Properties, LLC

Janet C-R was great to work with: highly professional, spot-on with timing, friendly and pleasant and a solid communicator. Her home stylist was superb. If and when we choose to sell our other properties, we would definitely contact her first. She made a difficult process smooth. John Miller Family Land Trust Agreement

Janet Cronin Rumanoff was absolutely excellent as our buyer’s realtor. She gave us wonderful advice in this difficult market and stuck with us through three home offers, ultimately getting us into our dream house. She went above and beyond in negotiating with the seller and being available for various things we needed to do with the house. Beyond that, she is a lovely person to spend time with!! Would highly recommend her to anyone buying a home in the area. Michael & Danielle Finch

We had the pleasure of working with Janet Cronin-Rumanoff in 2020. She was extremely responsive and committed to finding the right house for our family. When we found the one for us, she submitted an offer immediately. After our offer was accepted, Janet referred us to several great local businesses when we asked for suggestions on everything from plumbers to appraisers. Thirty two days later we moved into our new home!We then asked Janet to help us rent out our original home. Three days after listing, she found us a great tenant. The entire process couldn't have been easier. She handled all the paperwork and even dropped off the keys. We look forward to working with Janet again.   Sharon & Rob Beesley

It's hard to know where to begin. Janet Cronin-Rumanoff is simply the best. She is hardworking, professional, and she takes the time to understand client needs. She knows real estate and her confidence is reassuring. She has profound knowledge of the field, which is so important. That alone, however, would not make her the standout agent she is. It's her way with people. She really gets that buying and selling a home is emotional, exhausting, and anxiety producing. Her ability to validate our feelings, calm our nerves, and explain the ins and outs of a complicated process is what makes her stellar. I would not dream of buying or selling home without her by my side. Thanks for everything Janet! Nicole Simonson Gordon Dickler

Working with Janet was such a pleasure. Her knowledge of the market and patience with our requirements made the selling and buying of our homes a wonderful experience. We were so appreciative of her guidance and willingness to help with some unexpected circumstances that arose during the process. Her professionalism is just exceptional! Laurie L.

Thank you so much to Janet! We had previously worked with 2 other realtors, 6 months with each, with minimal showings. My husband knew Janet through the local YMCA and approached her about listing our home with William Pitt Sotheby’s. Right away we recognized her professionalism and appreciated her confidence in selling our house. Her marketing efforts and availability to answer questions and arrange/attend showings, resulted in the sale of our house within 6 months! She was such a pleasure to work with! Lorey O’Neill & Ed Panczak Lorey O'Neill

Janet Cronin Rumanoff in the News

From @WilliamPittSIR in #Guilford, Connecticut is this stately five-bedroom Colonial on sought after Ironwood Road… 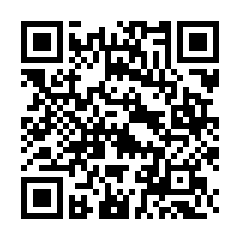