Marcia started her career in 1989 with many successful years of experience in real estate.

She is a top producer with consistent sales totaling 400 million dollars. She specializes in listing and selling properties in Rye, Rye Brook, Purchase, Harrison, Port Chester and White Plains.

Being a long time resident, Marcia does cover other communities in Westchester County and neighboring Connecticut towns.

Marcia prides herself on her honesty, integrity and knowledge and is held in high esteem by both her clients and her customers and other real estate professionals.Her expertise along with her personal attention to details and concerns has contributed to her success as an Associate Broker. Throughout her career, former buyers and sellers have returned to Marcia for their real estate needs and advice. She has built up a strong referral network.

Her commitment to the local communities she serves is evidenced to her continued involvement, including the formation of the Village of Rye Brook, her former chairmanship of the Rye Brook Commission of Parks and Recreation and Board membership in Architectural Review, Traffic, Airport and also serves as liaison to the Board of her Homeowners’ Association. She was on the Byram Ridge Task Force and the Comprehensive Planning Committee for Rye Brook and is a member of the Town of Rye Citizens Task Force on Assessments. She has received many awards from the Westchester MLS and NRT and is als

Marcia and Josh are a pleasure to work with. They remained honest, transparent, and gave effective advice. Their knowledge of the area led me to achieve a sales price exceeding expectations. They did a great job and I would recommend them to anyone in the area. Rieger Arrowwood LLC

Marcia is the ONLY broker I would EVER hire. She is wonderful, honest and gets the job done. I believe this is the fifth property I , and my family, have either purchased or sold Always a terrific experience she takes the stress right out of the process Ann Greenfield Bieber

Marcia Rogull was unfailingly professional and patient during a sometimes difficult negotiation. Our successful closing was a testament to her ability to find a way to work things out. Her experience was invaluable. She was a pleasure to work with. Joel Mitchell Trust

Marcia and Joshua Rogull are fantastic! I couldn't recommend them higher. Professional and courteous at all times. The best! Ruth and Dave Harmon

Marcia is sensational. She knows the community and the market. Highly recommended. Susan; Bert Glass; Slonim

I have worked with Marcia as a buyer and as a seller and she was a true partner and terrific guide. Her deep knowledge of area real estate and coupled with her technical expertise and ability to negotiate and close a contract make her a superb agent. In addition, Marcia is a wonderful listener. I found her to be patient and honest and greatly relied on her judgment. I followed her advice with terrific results. Client

I seriously cannot thank you enough! The success of this whole process from beginning to end could not have happened without you! I knew from the moment we bought our home that if ever we were to need a realtor... you were the one! You are truly the best! Thank you for everything! Client

Marcia S. Rogull in the News 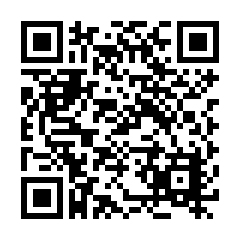